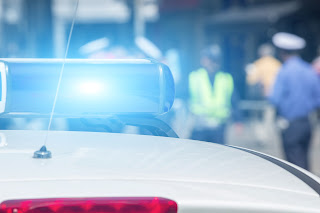 I’ve always had a bad experence with the police from since I was a child, from that time I was beaten by a guy who was 16 years of age at the time and I was only 10.
Their said their could not do anything about it, despite been assaulted.
And there was other instances as a child too.
Anyway as I became an adult I had my next encounter, where I was hit around the head with a metal bar by a group of guys who took everything of me and then try to force be down a dark ally.
But someone from a train single box spotted it all happening, and the guys ran off, and the police was called.
It took the police to come to me, I was scared and alone and at this point the guys would have been long gone.
Yet nothing got done.
I had experence another theft but nothing could be done about it and will not be talking about it here.
Then a few years later, on my way home in the middle of the night, I ended up getting mugged and my jaw broken.
The police came to see me at the hospital and I was able to give such a good description of the guy the police said it sounded like a guy called Chalky White and after a few months the police rang and said there will no longer be pursuing the matter.
Then at an older age, just broken up with my ex wife and she would not leave me alone, no matter what I block her on, she would always find a way to make contact with me.
I got the police involved, there said there would talk to her.
My Ex Wife still tried to contact me, so I rang the police up again and there said there did not go down to speak to her and there did not sound interested in dealing with this stalking and harassment.
And Finally at work we had a customer threating violence on staff and the management team.
The police was called and there said, “What do you want us to do about it?” (How about you do your fucking job and arrest this guy for breach of peace), in the end next door security helped us out and did what the police could not be bothered to do.
So this is why I had no respect for the police, or any confident in there ability to do there job.
The police reeks with corruption and only have there self interest at heart.
You here about it in the papers where people are getting arrested for hate crimes (There goes the freedom of speech).
People getting arrested for taking photos or videos of police doing there job in a public place. Arresting them under the terrorist act and then letting them ago after 48 hours with no charges.
If that’s not abuse of power, I don’t know what is.
So if you are a police officer and you are reading this, this is why I have no respect.
And this is just a very small fraction of the crap I had to deal with and the lack of trust from reading and hearing stories about people getting arrested when there did nothing wrong and people not getting arrested when there broken the law because you are afraid of them.

Popular posts from this blog

September 09, 2021
So last week I started to feel ill with what seemed like the common cold. I had a bunged up and a sore nose with a bit of a headache. I did not have any of the covid symptoms like lack of smell and taste, temperature or a new continuous cough. But I did a lateral flow test at home before going to work and it came back negative, and I did this everyday while feeling like I had the cold. Then on day 4, the Lateral flow test came back positive, so I told work about it, who told me to get the PCR test (Which was the plan anyway) and told my girlfriend before she got in the office. Now the PCR test came back positive, and now I have pretty much all the covid symptoms at this point. So for me getting covid was like getting the cold. Well at least I've been doubled jabbed. But my girlfriend and my parents worries about me since I am Asthmatic and have had part of my lung removed because of Lung Cancer. I should worry too, but at the moment it just feels like a cold. But of course I will l
Post a Comment
Read more

July 03, 2021
If you remember from my older post, that I had a bad experence with a rude customer hurling bad languages because he had to pay for his meal first. Well it happened again… Not at me, but it seem this person hate was directed at the manager and some of the staff, threating violence and hurling abuse again. The Police was rang, but there did not seem interested and did not want to come down to deal with what was a very aggressive and violent customer. And don’t get me started on how useless the Police are, I will talk about my experence with them in another post. Anyway, the customer wanted a refund for reasons, and the manager was ok with that and wanted to get more information to sort out a refund, but for what every reason, the customer started to get angry and violent and aggressive. So why are people such shitheads and what makes them feel like there can treat people in the customer service sector like crap. If I talked to someone like shit, I can grantee, my relationship would be
Post a Comment
Read more

April 19, 2020
Been stuck at home due to Covid19 outbreak is not all that bad. For one thing, I'm not spending as much money anymore, and  I've started to save up for my dream coffee machine. Hell I've even stopped drinking Energy Drinks, but that's because I'm stuck at home and not allowed out accept to walk the dogs. Since I'm classed as high risk due to having had Lung Cancer, and been asthmatic, my Girlfriend will not allow me to go to the shops. But I don't mind at all, not been able to go out at all means I'm not spending money on transport, or snacks on my way to work or on one of my hikes. I've even started to learn some new skills on Photoshop and on my Photography Hobby while I take photos at home and set up a mini studio. Espresso Swirl
Post a Comment
Read more